HOW NEAR IS THE TIME? 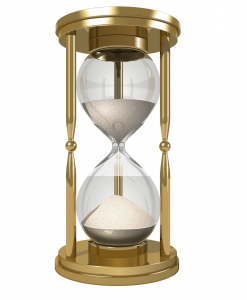 “Blessed [is] he that readeth, and they that hear the words of this prophecy, and keep those things which are written therein: for the time [is] at hand.*” (Revelation 1:3 – KJV)

In the book of Acts we read of the ascension of Jesus. The angels declared to those witnessing that event:

“this same Jesus, which is taken up from you in heaven, shall so come in like manner as ye have seen him go into heaven.” (Acts 1:11)

Ever since that day, the return of the Lord Jesus has been the hope of Christians.

“So Christ was once offered to bear the sins of many; and unto them that look for him shall he appear the second time without sin unto salvation.” (Hebrews 9:28)

The King James version reads: “The time is at hand,” which corresponds, in todays’s English, to “the time is near.” The time Revelation and Matthew refer to, is that of the returning Messiah,  Jesus, and of the final judgment he will execute.

The problem is evident and the question even legitimate: If the time was near two thousand years ago, why has nothing happened yet?

Non-believers use the “delay” of Christ’s return to discredit the expectation for the second coming of Jesus, on the ground that if the time was “at hand” two thousand years ago, why has Jesus not returned then or since then? Is it really true that he would return? Is it not all a forgery, a delusion, in the minds of the apostles and those that followed in their footsteps? Has the promise turned into a delusion?

No. The answer to all these questions is: “No.”

To find out the true meaning of the expression  “the time is at hand”, “near”, we must see the picture from a different perspective. Let me try to help you do so by asking some questions.

How else could the Bible have said what it meant to say?

How else would you have said to two thousand years of Christian generations that Christ is coming back?

We don’t know when he is coming back. So we have to be ready for that day. Jesus will surely come back. How would you have said this if you were the author of a Christian doctrine book to be read among Christians? I would have said it this way: “be ready…for the time is at hand.” This is in fact the best way to say it, since I know that Jesus could come the very moment I am writing these words, as well as a thousand years from now. That is the only way the Bible or anyone else could have said it.

The present tense in this phrase is so relevant. “The time is at hand”: it was for the Bible reader of two thousands years ago, as it is for us today.

I like the words of Paul when speaking of the return of Jesus Christ and the  Rapture of the Church.

“For this we say unto you by the word of the Lord, that we which are alive and remain unto the coming of the Lord shall not prevent them which are asleep. For the Lord Himself shall descend from heaven with a shout, with the voice of an archangel, and with the trump of God: and the dead in Christ shall rise first. Then we which are alive and remain shall be caught up together with them in the clouds to meet the Lord in the air: and so shall we ever be with the Lord. Wherefore comfort one another with these words.” (1Thessalonians 4:15-18)

Some could object that Paul was deluded in his expectations because Jesus did not come back during his life time. I see it differently. I think Paul felt what every Christian should feel during his life devoted to the service of Christ: that he is coming back any time.

With a simple statement the apostle gave the words that had to be the hope of all Christians: we are not waiting to die. Christians are waiting for the Lord’s return, corporately and individually. Paul could have never said it differently or better. He had no title to write, “those who will be still alive…”, because he did not know when Jesus was coming and had no authority to tell his readers he would have not returned during his generation; also he had no reason to exclude himself from hoping the return of Jesus would occur during his lifetime.

I like it. I like Paul’s words very much. I see a man with a higher hope, anxiously awaiting for his Lord to finally set him free from his mortal condition. The same spirit should be in every Christian!

But one would ask: didn’t even Paul know when Jesus was coming back? The answer is: No. The Bible says that no-one knows the time. Jesus says:

“Watch therefore: for ye know not what hour  your Lord doth come…in such an hour as ye think not the Son of Man cometh.” (Matthew 24:42, 44)

This is also why the New Testament tells us of Jesus coming as a “thief in the night”, when least expected. Paul writes:

“But of the times and the seasons, brethren, ye have no need that I write to you. For yourselves know perfectly that the day of the Lord so cometh as a thief in the night.” (1Thessalonians 5:1-2)

Many more Bible passages could be called to the readers attention to support and confirm those already quoted. One last Scripture will suffice to give us the key to understanding the simple fact that it is only God’s patience that is behind the “delayed” return of Jesus.

“The Lord is not slack concerning his promise, as some men count slackness; but is longsuffering to us-ward, not willing that any should perish, but that all should come to repentance. But the day of the Lord will come as a thief in the night; in the which the heavens shall pass away with a great noise, and the elements shall melt with fervent heat, the earth also and the works that are therein shall be burned up.” (2 Peter 3:9-10)