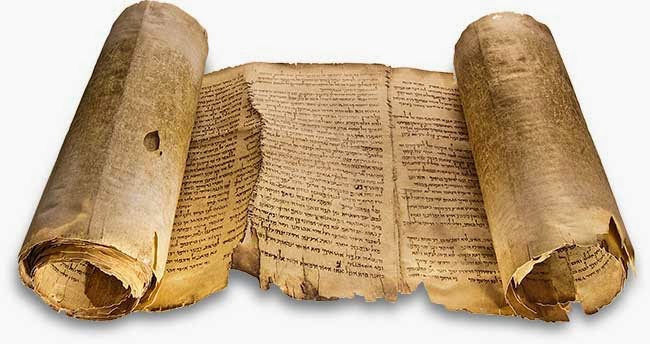 The Text of the Old Testament

How were these books handed down to our days?

The first printed edition of the Old Testament was produced only in 1488 AD, in Soncino, Italy. Before that time, which means for well 2.800 years, the Old Testament has been transmitted from a generation to another by hand copyed manuscripts.

It is not difficult to imagine that soon after the sacred books were written, God’s people cared to make faithful of them. Older copies, torn by age and use, were replaced by newly produced ones.

The text we  read in our Bibles today, translates critical editions of the original produce by scholars who diligently compare the texts of the surviving ancient manuscripts. The process of evaluation, collation, comparison and edition of the text is the painful task of that branch of Biblical studies called textual criticism.

But how trustworthy was the copying process in order to maintain that the text we have today is virtually the same as that of the autographs?

This is a very important question that deserves serious consideration. Some facts need to be evaluated.

‘There are twenty-nine ancient kings whose names are mentioned not only in the Bible but also on monuments of their own time; many of them under their own supervision. There are one hundred and ninety-five consonants in these twenty-nine proper names. Yet we find that in the documents of the Hebrew Old Testament there are only two or three out of the entire hundred and ninety-five about which there can be any question of their being written in exactly the same way as they were inscribed on their own monuments. Some of these go back for two thousand years, some for four thousand; and are so written that every letter is clear and correct. this is surely a wonder’, Which Bible edited by David O. Fuller, page 45.

The above is evidence that:

‘That the names should have been transmitted to us through so many copyings and so many centuries in so complete a state of preservation is a phenomenon unequaled in the history of literature’, Which Bible, page 55.

Yes, God was taking care that the text of the Bible would get to us in the most reliable form.

As far as the manuscript evidence for the Old Testament is concerned, it is, compared to the New’s, quite poor. For many years very few manuscripts survived and relatively recent in date.

The above manuscripts represent the so called Masoretic Text of the Old Testament, the text of the Bible translations of the XVII century, such as the English King James Version (1611) and the Italian Diodati (1607-1649). Even to this days, it enjoys credit and is used for moder biblical versions.

The Masoretes fixed the vowels in the text, since Hebrew’s alphabet has only 22 consonants. They also recorded the accents and developed a system of notes. They cared also that faithful copies would be made.

Because of the relatively recent age of the witnesses to the Masoretic text, some scholars underestimated its critical value. The discovery in 1947 of the so called Dead Sea Scrolls, opened new doors for a better understanding of the history of the transmission of the Old Testament. At Qumran, manuscripts of the Hebrew Bible were found there dating from the third century BC to the first century AD. Thus, taking back the witness to the text of the Old Testament of about a thousand years.

In particular, a very old and complete copy of Isaiah was found – see picture above. About such an incredible recovery a scholar had to say: ‘The conspicuous differences in spelling and grammatical forms between the St. Mark’s manuscript and the Masoretic text makes their substantial agreement in the words of the text all the more remarkable…It is a matter of wonder that through something like a thousand years the text underwent so little alteration.’, Ellis R. Brotzman, Old Testament Textual Criticism, page 95.

The slight differences in the spelling proves that the documents come from different and independent sources and thus their agreement is even more significant.

The text of the Old Testament has been confirmed, as far as historical evidence is concerned.

As far as faith is concerned there has never been any doubt that the hand of God knew how to take care of the Bible. It would have been useless to inspire a text that would be lost during its journey through time.

God Himself has preserved the text that He has inspired.

To say that with Jesus’ words: “For verily I say to you, till heaven and earth shall pass away, one jot or one tittle shall by no means pass from the law, till all be fulfilled.”, Matthew 5:18