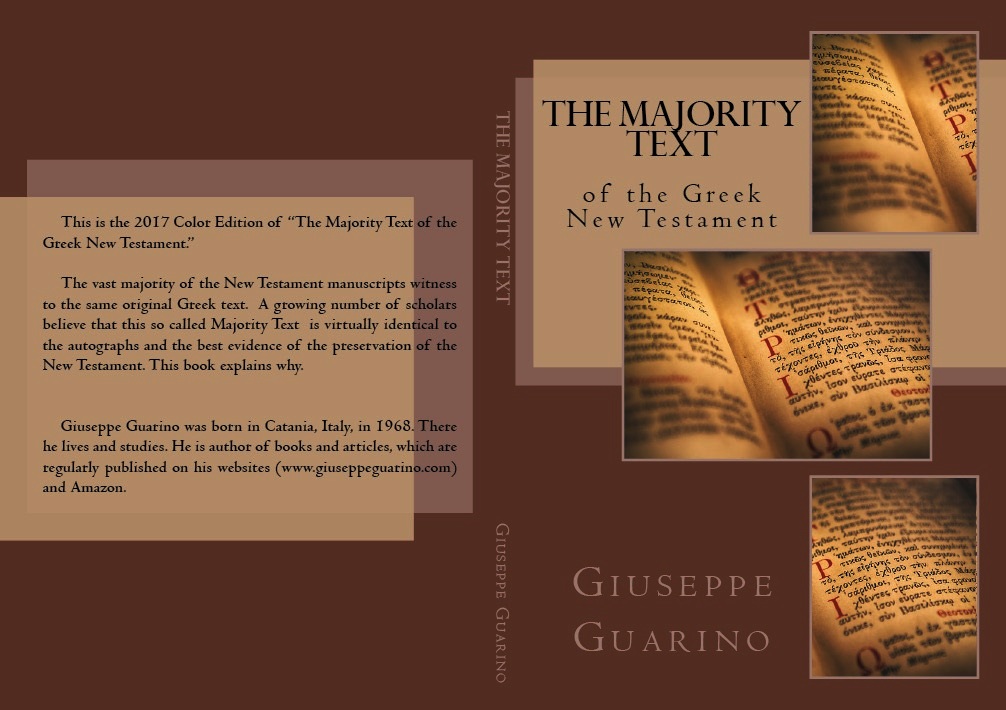 Printed Editions are available on Amazon 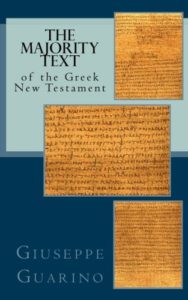 black and white on cream paper 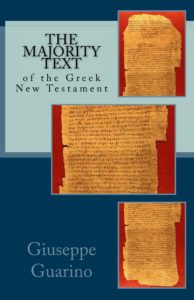 black and white on white paper 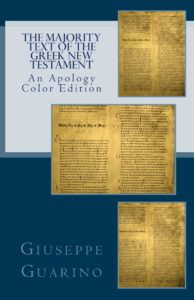 The Old Testament was entrusted to the Jewish nation. Abundant evidence shows that they did an excellent job. Paul himself witnessed to that: “What advantage then has the Jew, or what is the profit of the circumcision? Much in every way! Chiefly because to them were committed the oracles of God.” (Romans 3:1-2). The witness of the Jewish historian Josephus is also worth notice. He writes: “… and how firmly we have given credit to those books of our own nation, is evident by what we do; for during so many ages as have already passed, no one has been so bold as either to add anything to them, to take anything from them, or to make any change in them; but it becomes natural to all Jews, immediately and from their very birth, to esteem those books to contain divine doctrines, and to persist in them, and, if occasion be, willingly die for them.” Flavius Josephus, Against Apion, 8.42.
The discovery of the Dead Sea Scrolls has proved the case for the faithfulness of the Jewish nation preserving the Old Testament text.
Among the Qumran manuscripts was the so called Great Isaiah Scroll, which dates 100 BC. When compared to the Masoretic text, it showed that: “Despite of the fact that the Isaiah scroll was about a thousand years older than the Masoretic version of Isaiah, the two were nearly identical … The results obtained from comparative studies of this kind have been repeated for many other scriptural books represented at Qumran. The large majority of the new scrolls do belong to the same textual tradition as the Masoretic text. They are, however, centuries older and thus demonstrate in a forceful way how carefully Jewish scribes transmitted that text across the years.” James C. Vanderkam, The Dead Sea Scrolls Today, page 126.
But what happened with the New Testament?
By the time the temple and the city of Jerusalem was destroyed (70 AD) the Jews who believed in Christ were a minority in the Church compared to the large number of Gentiles who became Christians. All the apostles died in the first century and the dawn of the second century saw Christianity as a definite, separate entity from the Jewish nation, which, through its leaders, reiterated the rejection of Jesus of Nazareth as the promised Messiah.
“knowing that the putting off of my tabernacle is soon, as indeed our Lord Jesus Christ made clear to me. And I will also be diligent to cause you to always have memory of these things after my departure. For not having followed fables having been cunningly devised, but becoming eyewitnesses of the majesty of Jesus Christ, we made known to you the power and coming of our Lord.” (2 Peter 1:14-16)
The apostles themselves must have instructed as to how the Gentile Church should preserve the New Testament Scriptures. This must have given rise to what Pickering calls “the beginnings of a ‘majority text’.” Wilbur N. Pickering, The Identity of the New Testament Text IV, p. 93.
Multiple, faithful copies, of Paul’s epistles, of the Gospels, and other New Testament books must have been made by the recipients of the writings themselves. Paul wrote to the church in Thessalonica: “I charge you by the Lord that this epistle be read to all the holy brethren” (1 Thessalonians 5:5). He also wrote: “Now when this epistle is read among you, see that it is read also in the church of the Laodiceans, and that you likewise read the epistle from Laodicea.” (Colossians 4:16). These statements and other similar found in the New Testament imply that an active work of multiplying and spreading of trustworthy copies took place at an early age in the Gentile Church too.
But, as mentioned even in the New Testament, heretics were many from the beginning. The Church of the first centuries was even more attacked by heretics than the Church of the centuries to follow.
Since faithful copies could not be used to this purpose, some heretics began to try to corrupt the text of the Greek Scriptures in order to be able to show copies that proved the case for their beliefs. Others would even dare create gospel accounts or other writings falsely attributing them to the apostles Peter, Thomas, James and even Judas.
Notwithstanding these vile attempts, the witness of the surviving Greek New Testament manuscripts shows evidence of the faithful hands of honest servants of God who produced faithful copies of the apostolic Scriptures down to the times of the invention of print. If evidence of the preservation of the Holy Scriptures is not seen in the wonderful agreement found in 95 percent of the existing manuscript evidence, where else can we hope to find it?
On the other hand, we can’t fail to see the traces of the heretics attempts to corrupt the Scripture in the small number of manuscripts, which disagree even among themselves, the confusing text produced in Egypt, survived in some early manuscripts and acclaimed today as the most reliable witness to the Greek New Testament.
The Majority text of the Greek New Testament is there for all to see how God preserved the apostolic Scriptures through the Gentile believers as well as He preserved the Old Testament through the Jews.
The goal of this book is not controversy. But I believe the Bible believing Christian needs to know that not only God inspired His Word, He also preserved it and such thing is quite evident especially in the Majority Text.
I hope the reader, whatever his opinions about this subject may be, will understand my work as an effort in the direction of communicating confidence in the supernatural way God gave His Word to the man of the twenty-first century.
Please bear with me. Not being a native speaker I know my English is far from perfect. So, please judge intentions and ideas more than language accuracy.

“That the man of God may be perfect, throughly furnished unto all good works.” (2 Timothy 3:17)

God made him who had no sin to be sin for us, so that in him we might become the righteousness of God.
2 Corinthians 5:21