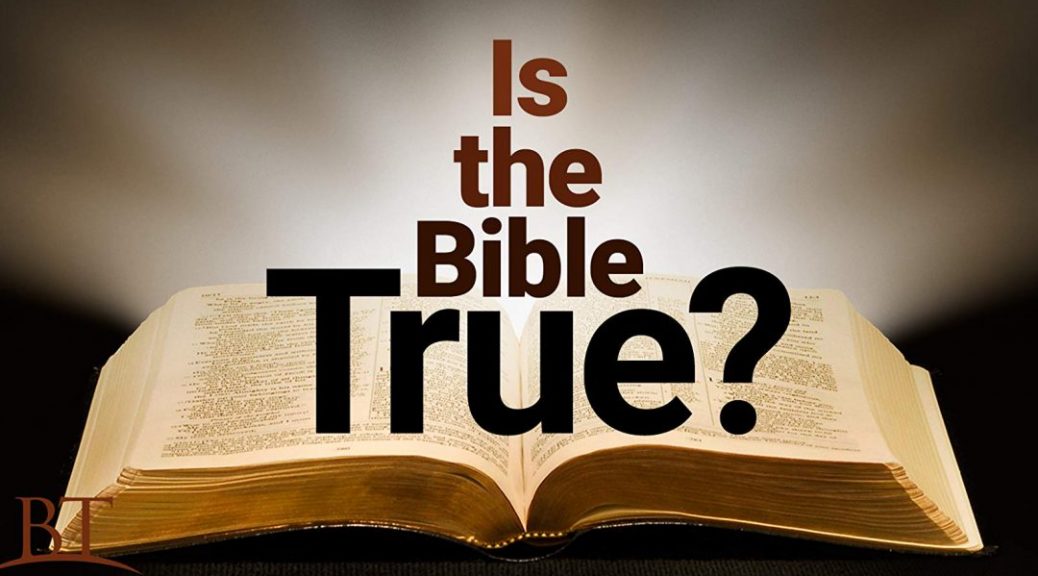 The Bible: Myth or History?

Why is it that scholars always rely on any historical documentation to prove the foundation of biblical data and not the contrary ? Why is it that documents from various, sometimes anonymous sources, are welcome with enthusiasm, while the information contained in the Bible is not accepted if not confirmed by other historical evidence ?

The fact is simple and I am sorry to say. People are reluctant toward admitting the historical reliability of the Bible, because they cannot accept the religious significance of that book. Is it that recognizing officially the accountability of the Bible in itself, representing an unparalleled phenomena in the history of the world, many will be left only to discuss the religious value of such an amazing document?

The Bible is too quickly assumed to be a collection of traditions and unreliable historical information. Such is not the case. I dare say that, where there has been a way to confirm the Bible with other documents, excavations, archeological findings and personal experience, it has been proven to be the most reliable of history texts ever written. I dare also say that this is an undeniable FACT, true until the contrary is proven – and it has never been proven.

Let me ask you a simple question: What is history? I want the reader to ask himself this question, going beyond the blind acceptance of history text required in school.

I will give you my idea of history.

Probably ten out of those eleven men – plus one who was added later to their original number – died because of their testimony. Of one of them we know that he was put in prison on an island called Patmos.

Those men sealed their (historical ) testimony in their own blood. I think no one would die for a lie or even for something he doubted. Had they not been sure of what they had seen and heard, they would have given up their false witness instead of being consistent to the point of dying for it.

The historical event I am talking about is the resurrection of Jesus and the witnesses are the apostles.

This is what I call history: an event known by eye-witnesses report. Witness all agreeing with one another and all ready to live for it and die, if necessary, because of it.

If we do not accept the reliability of the witness on the resurrection of Jesus found in the Bible, it cannot be because the event it is not sufficiently and historically demonstrated by eye-witnesses, but because we refuse to believe and want to keep on going our own way instead of considering embracing the Truth and live for it.

Personally, I was always interested in a special way in the study of the book of Daniel. This book has been attacked in every possible way by non-believers. Scholars of the past called a mistake the fact that the book says Belshazzar was king of Babylon, Daniel 5:1. This only because profane documents did not mention this king. Such was the case until later findings showed that Belshazzar was the son of Nabonidus, the actual king, reigning as viceroy in Babylon. (No mistakes in the Bible! Think of those building their unbelief on such wrong information). If we carefully read the text, in verse 29 of chapter 5, Daniel is made by the king “the third ruler in the kingdom”, because he was second only to him and his father: the text was perfectly correct also as far has history is concerned.

In various places of the Bible it is said that Moses wrote the Law. In the past such a thing was considered impossible, because alphabetical writing was supposed to be unknown to Moses and to his contemporaries. The denial of the mosaic authorship of the first five books of our Bibles cannot be based on such an assumption anymore, because time and new discoveries proved it to be false.

What about those who based their ideas on false assumptions? I am sorry to say that to the mosaic authorship of the Pentateuch I find no better and more reliable historical witness than that of Jesus, who clearly recognized Moses as author of the Law, and treated what he wrote as reliable history.

The Bible, being the written Word of God, I consider to be reliable as the Word of God made flesh, our Lord Jesus, also as a historical document.

David Rohl recently published a new book. The popular Egyptologist and historian makes no secret that he believes in the historical accuracy of the Bible.

I strongly suggest his book 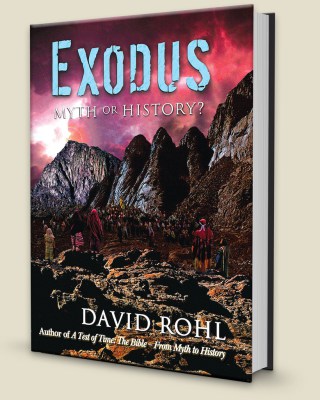 Recently I made these reprints available.