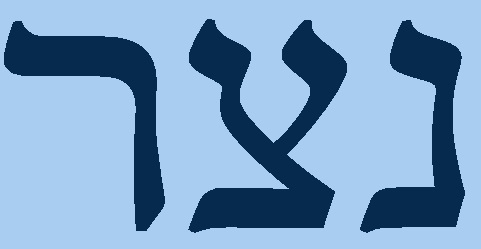 Was I the only Bible student confused by this statement?

Matthew 2:23: ” And he came and lived in a city called Nazareth, so that it might be fulfilled which was spoken by the prophets, “He shall be called a Nazarene.”

As far as my knowledge of the Old Testament was concerned, there was no such prophecy as that mentioned by this Gospel. So, what was Matthew actually saying? Is it a contradiction or a mistake in the Bible? Neither of the two. As it is usually the case, it is our limited knowledge, but not a mistake in the Word.

Let us inquiry the matter from Matthew’s perspective, not ours. He was proving, comparing events and titles of Jesus with the Old Testament prophecies, that the Lord was the promised Messiah.

Also of the fact that Jesus was from the village of Nazareth, then called a Nazarene, he found trace in the Old Testament, in a Messianic prophecy, and did not hesitate to add this reference to the many others he gives in his definetely Jewish account on the life, person, deeds, and teachings of Jesus.

But why is this not evident to us today?

Let us continue to consider the whole thing from Matthew’s perspective. He was a Jew. His first language was Hebrew. He had grown reading and studying the Scriptures in Hebrew.

Since today we read Matthew’s Gospel in English and it is a translation of an original which we have in Greek only: could this be the reason why we fail to see the Messianic reference in this prophecy?

I am a translator, not a professionist, but I do it very often. I speak Italian – which is my native tongue – English, I have a good knowledge of (koiné) Greek and have learned some basics of Hebrew, French, German, Japanese and ancient Egyptian. Translating is not only difficult, but in certain instances it is simply IMPOSSIBLE. It does not help at all that the person who says or writes something usually does it without caring or even knowing his words will be translated in some foreign language in which some ideas and words cannot be rendered.

So, when Matthew said whatever he said he simply spoke to the first recipient of his work, the Jews, in a language and with references that had a meaning for them. He uses Jewish logic, Jewish religious background, speaks of places and ideas familiar to Jews first and to which, incidently, because of our Christian heritage, we are familiar with too.

To make it simple, let’s have a quick look at the Hebrew root of the word “Nazarene” mentioned here by Matthew. I checked a couple of translations of the New Testament in Hebrew and this is what I found for the word Nazarene in Matthew 2:23: נצרי. The root of the word are the three consonants נצר which roughly correspond to our N Z R. We need to consider here that you read Hebrew from right to left and the original Hebrew wording has no vowels.

I used my e-sword software and I found and occurence in the following passage:

Isaiah 11 is a great Messianic chapter. Verse one reads: “And there shall come forth a shoot out of the stock of Jesse, and a branch out of his roots shall bear fruit.” (ASV)

On www.biblehub.com the analysis of the text is the following:

Beyond any possible doubt the Hebrew word נצר was a prophetic title of our Lord. How that was to be explained to the Jewish mind of the first century, and how that was to be connected to the person of Jesus, Matthew clearly states it in his Gospel.

As far as the object of this article is concerned, I think I have given enough evidence to the average Bible reader that the Word of God has no contradictions, no mistakes, no misinterpretation here in Matthew 2:23, as an increased knowledge of the Jewish background of the first Gospel clearly reveals.

Note. This article was inspired by the more detailed discussion on the subject by Wilbur N. Pickering  found in his book The Identity of the New Testament Text IV, p. 225-226.