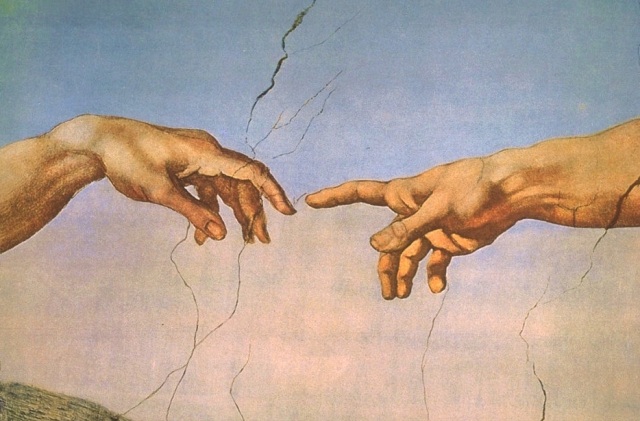 The Lord of the Torah and the Father of Grace

Two years ago, I read the books of Genesis and Exodus with great excitement and attention. I used a very good edition that had the Italian translation – my language – Greek and Hebrew.

During this wonderful reading, among the many personal blessings, I noticed something which I had never noticed before.

1.The way God calls himself.

2. The way God tells others to call him.

3. The way Moses addresses God when he talks to him.

I believe all the students of the Word have noticed how God is called YHWH (יהוה) from the first chapters of the Bible, even though this name is revealed to Moses through the Angel of the LORD, YHWH-MLHK (מלאך יהוה) in Exodus 3:14.

The questions in my mind are the same every time I consider this fact.

Was God already known by this Name? Or is it used simply because the Torah was written after the Name had been revealed to Moses?

Both these questions are legitimate for someone who wants to learn more about God and about his Word. Because, if there is one thing I have learned in my many years of Bible studying is that no detail of the Word is meaningless. One word instead of another, a name, every details of the biblical narratives are there because the Holy Spirit wants to tell us or teach us something.

For example, the connection between the divine Name and the way the “special” messenger of God is called is no coincidence: YHWH-MLHK (מלאך יהוה), the Angel of the LORD, becomes a personal name that both identifies and describes – a common thing with biblical names.

The way God calls himself

In a world worshipping many gods, people being devoted to this or that divinity, Moses has the need to identify the God who sends him to deliver his people.

“God said to Moses, “I am who I am.” (אהיה אשׁר אהיה) Then he said, “You will say thus to the children of Israel: ‘the I AM (אהיה) has sent me to you.’” God also said to Moses: ”Thus you will say to the children of Israel: “The LORD (יהוה), the God of your fathers (אלהי אבתיכם), the God of Abraham (אלהי אברהם), the God of Isaac (אלהי יצחק) and the God of Jacob (אלהי יעקב) has sent me to you.” Such is my name forever; so I will be invoked from generation to generation.” (Exodus 3:14-15)

God says about himself: I AM (אהיה) as if he wants to refuse a name and a similar way to identify himself, because HE IS and has life in himself. He is the only true God.

Later, in the same book of Exodus we find a statement which gives us a bit more light about this name,.

The way God tells others to call him.

The same happens when God says of Himself: I AM (אהיה). Other will say of Him that: HE IS. Some say this is the literal meaning behind the Tetragram (יהוה).

We read in the Jewish Encyclopedia, (www.jewishencyclo-pedia.com/articles/11305-names-of-god),

“In appearance, Yhwh (יהוה) is the third person singular imperfect “ḳal” of the verb הוה (“to be”), meaning, therefore, “He is,” or “He will be,” or, perhaps, “He lives,” the root idea of the word being, probably, “to blow,” “to breathe,” and hence, “to live.” With this explanation agrees the meaning of the name given in Ex. iii. 14, where God is represented as speaking, and hence as using the first person—”I am” (היהא, from היה, the later equivalent of the archaic stem הוה). The meaning would, therefore, be “He who is self-existing, self-sufficient,” or, more concretely, “He who lives,” the abstract conception of pure existence being foreign to Hebrew thought.”

The natural consequence is that when speaking of God, the God of Israel, he will be called יהוה.

Let us consider some biblical reference.

“Then Pharaoh called for Moses and Aaron, and said, Pray to the LORD (יהוה)…” (Exodus 8:8)

“…There is none like unto the LORD our God (אלהינו יהוה).”

The way Moses addresses God when he talks to him.

This part is the one I consider most interesting and the one that caught my attention and made me stop and seriously consider the implications of the biblical text.

When Moses speaks directly to God, how does he address him?

“And Moses returned to the LORD (יהוה), and said, Lord (אדני), why have you treated this people ill? Why then have you sent me?” (Exodus 5:22)

In this context it can be said that it is a bit improperly that we call יהוה the Tetragram, since אדני, Adonai, Lord, is a name of God with four letters too.

Lord, אדני, Adonai, is, just like אלהים, Elohim, a plural. It is in a special relation with יהוה, since, as we all know, the Jews read Adonai the occurrences of יהוה in the Tanakh.

I believe that the Jewish reverence for the divine names is more appropriate than the liberty with which we Gentiles use them. This might be a reason why God did not let the correct pronunciation of his name be known to us, meanwhile I am pretty sure it is known among the Jews.

The dialogue occurring in Exodus 5:22 between God and Moses is wonderful. Moses addresses God as “Lord”, he does not identify him pronouncing his name but recalls the intimate relationship he has with his God. Moses calls God “Lord”, אדני, because we are for him and not He for us.

This helped realize the magnitude of what had happened through the wonderful work of Jesus.

“For the law was given by Moses, but grace and truth came by Jesus Christ.” (John 1:17)

Jesus granted us a new privilege, which not even Moses seemed to have. In fact, when the Lord taught us to pray, he told us to call God “our Father” (אָבִינוּ), thus defining our relationship with Him as His sons and daughters.

A second and a third time, Moses addresses God directly in the book of Exodus.

“And the LORD (יהוה) descended in the cloud, and stood with him there, and proclaimed the name of the LORD (בשׁם יהוה). And the LORD (יהוה) passed by before him, and proclaimed, The LORD (יהוה), The LORD God (יהוה אל), merciful and gracious, longsuffering, and abundant in goodness and truth … And Moses made haste, and bowed his head toward the earth, and worshiped. And he said, If now I have found grace in your sight, O Lord (אדני), let my Lord (אדני), I pray you, go among us. For it is a stiffnecked people. And pardon our iniquity and our sin, and take us for your inheritance.” (Exodus 34:5, 6 – 8, 9)

Reading the book of Exodus, Moses never addressed God as יהוה. For three times he addresses God as אדני.

The Bible was not written for theology purposes. But to instruct and bless us in a practical way that we can experience daily and personally.

The study of the original languages should go in this direction – but, it often doesn’t and biblical students enjoy technical discussions more than edifying ones. Including myself. Anytime I can I make amends, sharing the personal blessings I receive when studying the Word in the original languages.

It is an amazing blessing to consider the wonderful state of Grace we can experience thanks to our Savior Jesus Christ: The Law put man in relation to God, showing His Holiness and Lordship. But it is Grace that makes us His children.

“For you did not receive the spirit of bondage again to fear, but you received the Spirit of adoption by whom we cry out, “Abba, Father.” (Romans 8:15)

“Abba” (אאב) is Aramaic, intimate, for Father. It was simply transliterated by Paul in Greek Αββα.

This is the result of the wonderful work of redemption in Christ and the precious ministry of the Holy Spirit in us.

“For through Him (Christ) we both (Jews and non-Jews) have access by one Spirit to the Father.” (Ephesians 2:18)