The book of Daniel is a fascinating piece of evidence of the divine inspiration of the Word of God.

In our Bibles it is found after Ezekiel, between the major and the minor prophets. But it is not like any of  the other prophetic books of the Old Testament. No wonder the Jewish Canon lists it among the Writings.

Daniel’s prophecies speak both of the first and of the second coming of the Messiah. The kingdom of heaven proclaimed in the first pages of our Gospels is a direct quotation of a concept found in Daniel 2. Jesus himself refers to this wonderful book and its author in his prophetic sermon aiming at his second coming. If we are interested in end-times prophecies, Daniel is the book we need to start with.

My commentary will be both prophetical and historical.

The attacks against the authenticity and historical accuracy of Daniel by the liberals are outdated and untenable when considered in the light of archeological findings of the XX century – though some still turn a deaf ear to evidence and continue to rely on obsolete theories to discredit this wonderful book.

The truth is very simple and scary for some: in Daniel we find a powerful witness of the inspiration of Scriptures!

I pray this book will be a blessing to many and strengthen their faith as we see the day of his return so evidently near – nearer than ever! 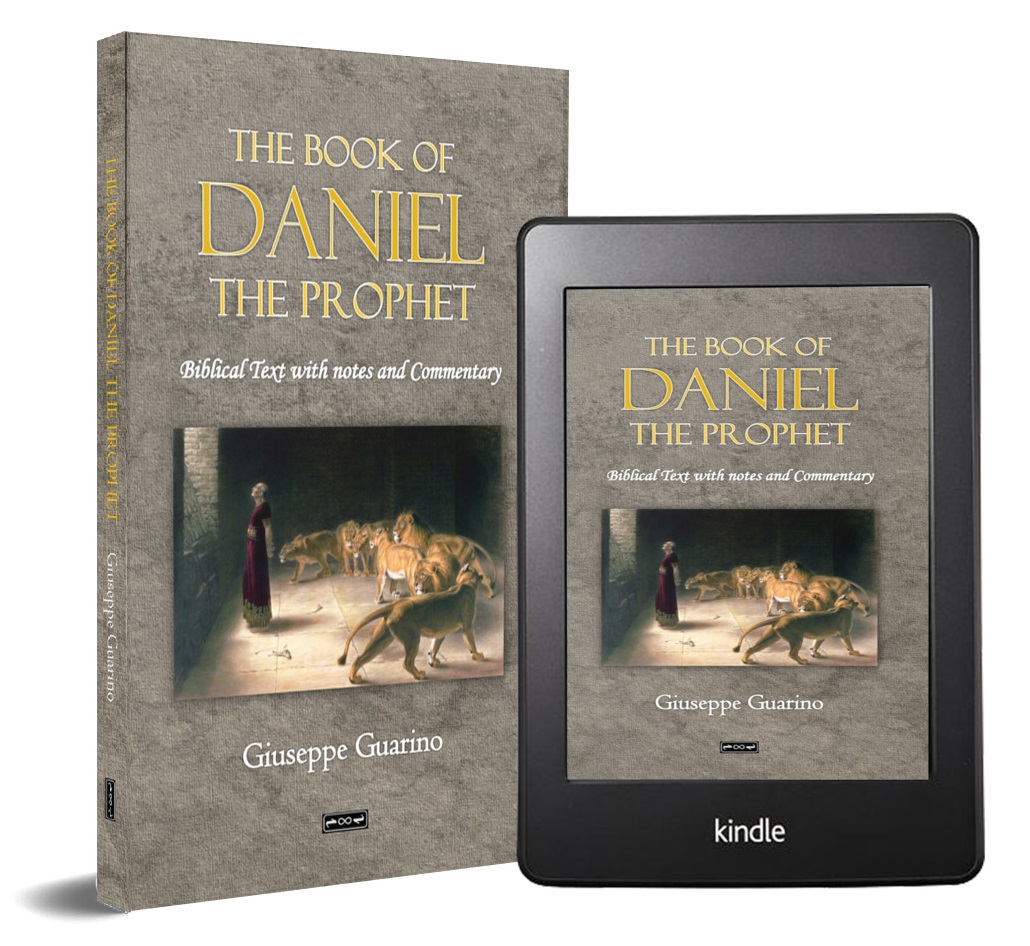 You can buy the book on Amazon

Daniel was a prophet, a true prophet of God.

He was born a Jew, from a noble or even royal family. His life of ease radically changed when, probably still a teen ager, in circa 606 BC, he was taken captive to Babylon by the great king of the empire, Nebuchadnezzar, to be trained and become a part of the State Administration of that great and ancient nation. He must have been chosen because of his qualities, that met the requirements for the Babylonian court. We know then that Daniel was quick to understand and gifted in all wisdom. Being faithful to God was another of his qualities. In fact, though in a foreign land, captive, Daniel did not forget about the God of his fathers and made up his mind to remain obedient to the Law of Moses, ready to face all the consequences.

The scared hostages were probably taken in procession through the city by the conquering king, along with the treasures looted in the temple of Jerusalem.

Daniel was not alone. Others were led captive with him. Children of rich, educated families; healthy, strong, good looking – the Babylonians would only take the best of everything back to their home. Three of his companions are mentioned: Hananiah, Mishael, and Azariah.

The first thing to do with the captives was to introduce them to the Babylonian culture and language. First of all: their names needed to be changed, probably to be more easily pronounced in the dialect of their new home. “ … Daniel, Belteshazzar; and Hananiah, Shadrach; and Mishael, Meshach; and Azariah, Abednego.”

The change was also intended to glorify the pagan gods worshipped by the Babylonians. However, this and other attempts could not change the character of Daniel. He was immovable in his decision to follow God, his God, no matter what would happen to him. Then the three young Jewish men made up their mind they would not contaminate themselves with foods forbidden by the law, since it had been offered to idols. Daniel showed himself to be very wise too. He acted with sharp intelligence and convinced the chief of the eunuchs, Ashpenaz, that the king’s diet was not necessary for him and his friends.

Life has always been hard when you want to do right. Just like when you make up your mind to serve God and everyone else seems to want to test you, to see how far your faithfulness – and patience – can go.

Daniel is a great example for Christians. If a kid could make it, lost in a foreign country where he had been carried a prisoner, taking the risk of his own life to obey the Law of his God, Christians should have no right to complain. If he made it, with God’s help we can make it too, we can stay faithful when the trial comes.

We do not know what God has in store for us until we prove to be faithful servants. I am surely not the only one who would like to know in advance what the reward will be if I “do right.” Well, it does not work like this with God. And it makes sense, just as Jesus said: “He who is faithful in what is least is faithful also in much.” (Luke 16:10). As a matter of fact, it usually works like this both in everyday life as well as in the Kingdom.

Daniel was thus introduced to the Babylonian king and court. It was only the beginning of a long career. In fact, Daniel  continued to be (in the state administration) until the times of Cyrus, the Persian king.

The first chapter of Daniel always amazed me with the historical information it provides. It is evident how the vivid descriptions, the narrative, accurate to the smallest details, dates, people’s names, etc. can only be the result of personal experience. Those who fall victim to the deniers of this book’s authenticity need to know that increasing knowledge of the history of the time has always proven the case for Daniel.

Some believe there is a discrepancy between the dating of Daniel and that Jeremiah concerning the first siege of Jerusalem. It is called into question when referring to Daniel 1:1-2. The simple truth is that Jeremiah follows the Egyptian dating methods – because before Judah fell into the Babylonians’ influence, it was subdued by the Egyptians. And, as one would expect, Daniel follows the Babylonian calendar. No mistakes, no discrepancies.